The Impact of Federal Policies on Aboriginal People

Students will conduct a structured debate on the impact Canadian federal government policies have had on a British Columbia Aboriginal population; understanding both sides of the issue.

Students brainstorm the skills needed to conduct an effective debate. See list of Collaborative Skills for Debate for suggestions. Teacher records ideas on the board for reference.

The Indian Act of 1876 established the framework of how Aboriginals live in Canada and the Act still governs Canadian Aboriginal populations to this day. A number of government policies enacted since 1876 have had profound effects on Aboriginals in Canada, such as residential schools and the banning of traditional ceremonies.

What are the students wondering about how Aboriginal people have been affected by government policy? 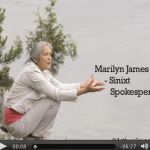 Having viewed the video above, students need to share their ideas from the video Graphic Organizer (A/B partner recommended). Have student pairs share their main ideas and generate a list of ideas and evidence on the board or overhead. Teacher leads class discussion on the significance of the ideas generated (and those not generated) and how they impact Aboriginal people.

In preparation for the class debate, students need to identify key points on both the Government and Aboriginal sides of the debate question:

“Be it resolved that government policy and legislation should be for the good of the many even at the expense of the few.”

For information on the Government side of the debate, again, a number of Grade 10 textbooks contain information on the 1876 Indian Act. Students can research the Indian Act using their class texts or use the following references as a source of information. Students separate into groups of four, with each student selecting one section to read and report back to their small group. Students should look for reasons the Canadian government implemented the specific policies on the Aboriginal populations. As in the previous exercise, student groups report out to the entire class and add to the information list for the debate.

Using the information collected in the previous section, students conduct a structured debate around the statement:

“Be it resolved that government policy and legislation should be for the good of the many even at the expense of the few.”

Using a Canadian Aboriginal population (ie. Sinixt Nation) as a basis for discussion, teachers can use a formal debate structure where one group of students takes the side of the government and the second group takes the side of an Aboriginal population. For a formal example of a class debate process, please view the following link on using Academic Controversy in the classroom.

(Note: Conducting a structured debate in class can be very involved and needs a degree of practice in debate process – ie. active listening, accepting the ideas of others, disagreeing in an agreeable way. Practising some simple debates before conducting this lesson would be an asset if one is unfamiliar with the process.)

Depending on class size, teachers can split the class into groups of four/five students to establish teams that are either for or against the debate question. Using the completed Debate Planning sheet as a reference, teams take ten minutes to prepare their arguments and then start the debate process. Teachers should give ten/twenty minutes for student teams to state and defend their positions. Once the first round of the debate is completed, student teams should switch their positions to take the opposite side of the debate question and repeat the process.

For evaluation, teachers can evaluate the students’ Debate Planning sheet for content and the quality of the students’ participation in the debate process.

(Note: In this debate activity, it may be difficult for student groups to argue FOR the debate question as the reasons for implementing the 1876 Indian Act were predicated on very racist and Euro-centric ideals. Therefore, a general class discussion on the Indian Act and its origins would be another alternative to a formal class debate.)

Upon completion of the debate, students complete a Debate Reflection Sheet to reflect on what they liked/disliked about the debate process and how their thinking towards Federal Government policy and the Sinixt people has changed.

The Disappearance of Fraser River Salmon

Students will demonstrate their understanding of the human impact on local salmon ecosystems through an informal debate.

Distribute sheet containing a list of phrases which come directly from a video presentation discussing the disappearance of the Fraser River salmon. In partners or small groups, students answer and complete the Before section of the phrase sheet in anticipation of the video presentation.

Ask the students what questions they may still have regarding how human populations impact local salmon ecosystems. What are they wondering about? 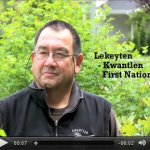 While reading the articles, students need to identify what they feel are five important facts from each article. (Note: This can be done by hilighting text on the printed article or writing on the back of the article pages)

After reading the articles, encourage student discussion about the issues facing the Fraser River. Complete a Thinking Yes/Thinking No sheet using A/B partners and consider the question:

“The Damming of Fraser River tributaries is essential to meet the hydroelectric needs of the BC Lower Mainland.”

Students should consider the ‘Thinking Yes’ side to include the hydroelectric dam companies and their employees. The ‘Thinking No’ side could include local fishermen and environmentalists.

Using a ‘Hotseat’ activity, students take on the role of various stakeholders that would be affected by pollution, global warming, disappearing tributaries and the erosion of the Fraser River.

In groups of three or six (three groups of partners), each student (or student pair) takes the role of either the salmon, a construction developer, or an environmentalist. On their ‘Hot Seat’ sheet, students record reasons why they would be concerned about the issues affecting the Fraser River. Once the students have prepared their positions on the issue, the students take turns presenting their side of the issue, allowing for a brief rebuttal from the other two groups. The activity is concluded once each student/student pair has had a chance to present their position in their role.

Using a Reflection Wheel, students summarize in written form and/or illustration, one of the following:

Students will create a mind map demonstrating the connections between the Bennett Dam and effects on Fort Ware, the citizens of BC, alternate resources, and the environment.

Conduct a horseshoe debate about “Do you feel humans have the right to adapt the environment to meet their basic needs”. Please see link on Horseshoe Debate to view instructions.

Predict: Teacher asks the students to predict the significant changes to the northern landscape over the last fifty years. (A/B partner talk suggested) Students use T-Chart to track their thinking.

Question: Teachers distribute maps of the Williston Lake Region to the students. Ask students what significant changes they notice in the three map samples. (Teacher note: Students could continue to work in A/B partners or combine into groups of three/four to analyze maps.) Students can record their map observations in the top section of the Graphic Organizer.

The Dynamo that Started it All

Click to view historical Photos of the Bennett Dam construction

In groups of three/four, groups choose one article to read and discuss. Brainstorm on the board the key features of the Bennett Dam (ie. size, location, type of dam etc.). All groups need to share their key ideas.

Students create a mind map demonstrating the connections between the Bennett Dam and effects on Fort Ware, the citizens of BC, local geography, BC Hydro, and the environment (wildlife, natural resources).

Conduct a horseshoe debate for a second time using the same topic “Do you feel humans have the right to adapt the environment to meet their basic needs.” Students will be able to make a more informed decision based on the new information they have learned.

Students complete a journal activity to explain their new ideas and thinking. Encourage students to discuss the new ideas they have learned and whether mind mapping supports their learning style.